Cellulose Fibre is a type of insulation made from newspapers. It’s also known as loose fill or blow-in insulation. Here are 6 problems with cellulose insulation to consider before choosing a product to install. It might be cheaper, here’s why.

First Problem – Cellulose Insulation has a 25% settlement rate. In the first few months, the product will compress and compact reducing its thickness.

Second Problem – It’s hygroscopic, meaning it absorbs water. If you get even the smallest leak in your roof it will absorb the water. It can get heavy and can cause the ceiling to collapse in some cases. Cellulose Fibre insulation can absorb up to 130% water by weight. It also dries very slowly after absorbing water. Additionally, it deteriorates and settles after wetting (the presence of water also destroys the chemical fire treatment).

Third Problem – Cellulose insulation can mildew and it can spread to the wood framing around it as well. The wetness can cause electrical problems, and rust plumbing pipes.

Fifth Problem – Another one of the problems with cellulose insulation is the dust it creates. The dust can get blown into your home below through down light fixtures and other gaps. This can be a serious health issue. This is a blown cellulose insulation problem. Also, removal can be very costly.

Sixth Problem – Cellulose has to be treated with chemicals, otherwise, you would have some issues with the product being flammable. Over 20% of the cellulose product consists of chemicals and additives. Don’t accidentally ingest any or inhale it. 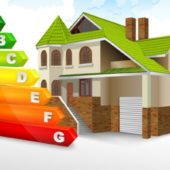